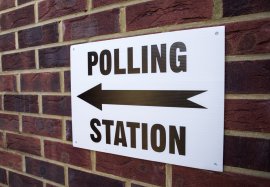 Over the past few years, Brexit has dominated the political landscape of the United Kingdom, but for the next month the general election will take up the headlines. Here, we investigate what the general election, and its result, could mean for the property market.

As it stands, the two main frontrunners in the general election are the Conservative party and the Labour party, both of which may well have to rely on other political parties if they fail to reach a majority.

The Conservative Party – Focus on First-Time Buyers
As the party already in power in the UK, should the Conservatives win the vote then the biggest effect on the property market will almost certainly be the break from Europe which Boris Johnson has been working towards since taking over as Prime Minister. For months, many have been predicting a flood of property transactions as soon as Brexit is agreed thanks to the people who have been waiting to buy or sell simply due to the political uncertainty – with Brexit completed, transactions should increase in the property market.

Further to Brexit, the Conservatives have pledged to create up to 100,000 new starter homes with a 20% discount for first-time buyers under 40 years of age in order to continue with the momentum that has been seen over the last two years amongst this group. They will maintain the Right to Buy scheme which will continue to see the number of council owned properties declining, and the rental market fluid.

This should come with a note of caution, however, given that Whitehall’s spending watchdog recently discovered that the party has failed to build any of the 200,000 starter homes promised in 2015’s party manifesto.

The Labour Party – Mansion Tax
Labour have plans to shake up the property market on a bigger scale, and this is no more evident than with their proposed Mansion Tax where property owners whose homes are worth more than £2m would face an annual charge, based on the value of the property. In line with this, those who own second homes would pay higher rates of tax, as well as those who own properties which are empty or owned by non-residents of the UK.

In terms of first-time buyers, Labour have pledged to build 200,000 homes a year in order to keep the market fluid and meet the demands of an ever-increasing population who have recently faced under-supply